Rhema University is honored and pleased to have Dr. Vijay Prabhakar serving as Vice-Chancellor of Rhema University. His passion for leadership and growth will impact cities and nations as he conveys RU’s local and global vision.

Dr. Vijay G Prabhakar is a distinguished Public Health Professional originally hailing from Chennai, India. A medical graduate of Madras Medical College, MBBS (1982), got his Certificate in Public Health, CPH from California State University, Long Beach in 1983 and graduated from the University Of Illinois School of Public Health, MPH in 1986.
Prabhakar served with distinction as Health Commissioner & Director, Wisconsin Winnebago Nation, a federally recognized Native American tribe in the State of Wisconsin from 1986 to 1993. During his tenure, Prabhakar had increased the Infant immunization rate from 45% to 95% for newborns to 12-month-old tribal children.

Dr. Prabhakar is the Chairman of Global Strategic Alliance Inc. (GSA) a professional network of corporate businesses and professionals, which strives to serve as a gateway for public-private partnerships in furtherance of the United Nation’s 17 Sustainable Development Goals through hosting global events. In January 2019, GSA launched its monthly digital news publication “THE GLOBAL EYE” which reaches 35 million including one million households in Chicagoland and over 33 million households in India.

Dr. Vijay G Prabhakar is married to Cynthia and has two children, a son Adith and a daughter, Tanya. Vijay is the youngest son of Mr. E.C.P Prabhakar, IAS (Retd.), a distinguished civil servant of Government of Tamilnadu, India, and grandson of Late E.D. Phillip, the first Indian Deputy Collector of Salem District, and Former Dewan to the Raja of Sivaganga. Vijay’s mother, Mrs. Lily Prabhakar founded the World’s first home for leprosy patients’ children integrated with normal orphans and children of single parents, Childrens’Home of Hope, Chennai in 1969. His father-in-law is Mr. Newton Devasahayam, IPS (Retd), a Valiant Police Officer of Tamilnadu, whose father, Mr. Devasahayam, I.P. was the first Indian Inspector-General of Police of then Composite Madras State comprising Tmnilnadu, Karnataka & Andhra Pradesh. Dr. Prabhakar is the nephew of internationally renowned Economist Dr. Malcolm S Adiseshiah, former Deputy Director-General of UNESCO, Paris and former Member of Parliament, India and is also the nephew of Bishop Rt Rev Sundar Clarke who was the CSI Bishop of Madras Diocese from 1974 to 1990.

RU has an international vision for developing nations. Our vision is to train Young Leaders for the furtherance of the United Nations Sustainable Development Goals. Recently we have launched Operation 2030. Our goal with Operation 2030 is to train and educate two thousand & thirty leaders who will be a Catalyst for Change in the next ten years, by 2030. 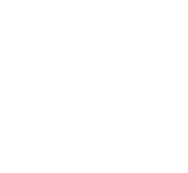